In April, I’ll be posting 26 blogs, one for every letter of the alphabet. I write historical romance set in Regency England, and I’m offering a lexicon of words to help you understand the story world of my Regency characters.

So, without further ado…

A is for Austen

Jane Austen, author extraordinaire, wrote courtship stories with complicated characters and subtle irony. Her stories inspired an international society in her name, movies, PBS serials, and even a zombie movie. Jane’s stories, however, were contemporary romances, not historical. We’ll talk about the first historical romance set in the Regency period when we reach the letter H. 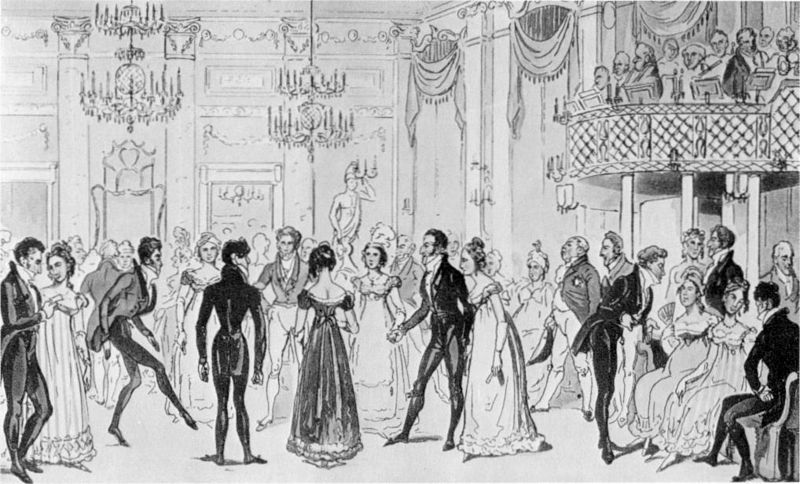 A Ball at Almack’s

A is for Almack’s and Assembly Rooms

Almack‘s was the social club in London, supervised by a group of patronesses who carefully controlled admission to the favored few.

Assembly Rooms could be found in most towns and villages. They were the VFW and American Legion halls of their day, places where the better-off local people could gather for dances and parties.

Questions? Visit tomorrow for the letter B!

Images: Badge, AtoZchallenge.com, All others, Wikimedia